We ended our tour of North America in Boston and decided to cross the Atlantic by ship. So, following in the footsteps of the redoubtable Katy (“What Katy did Next” by Susan Coolidge) we donned our sea shoes and stepped aboard an ocean liner. Once docked, we departed from Katy’s  itinerary and set off on our own, with the idea that we’d be travelling through Switzerland and Denmark in December and so have some good Christmas stories to read.

Prior to that we visited France, Germany and the Netherlands. We kept to Northern Europe as we’d had the excitement of visiting Italy in real life over the summer. I’d wanted to venture further into Eastern Europe, but as we’ve got several Polish friends I’m hoping we can have a “living geography” tea time with some of them at a later date.

In addition to reading the stories, we checked out each place in an atlas, filled in note sheets from ActivityVillage.co.uk, and sampled food from each country. I enjoyed Swiss chocolate the most, and the girls developed a liking for Dutch Edam cheese!

We had numerous discussions about the post WW2 East/West divide; what life was like in Eastern Europe before the Berlin Wall fell, and the changes since, both positive and negative. As we also have Czech friends I was able to dip into memories of previous discussions to bring some living history to this. The conversations were sparked by reading an “Open Doors” children’s version of “God’s Smuggler” by Brother Andrew. I’d highly recommend the original version.

My other favourite books were “The boy who held back the sea” and “The cow who fell into the canal” both from the Netherlands. The girls weren’t too keen on “The Little Match Girl” (too sad) but the other fairy tales were fun and we’ve still got some to read. We didn’t read the “Pippi” or “Mrs Pepperpot” this time, but they are old favourites so it was interesting to learn a little about the countries they originated from (Sweden and Norway).

We ended our journey in Switzerland. We’ve watched one of the many film versions of Heidi but I’m saving the books as read aloud until Sparkly Eyes is a bit older.  However, we very much enjoyed “Dear Alexandra” which ended with a Christmas visit; very appropriate. 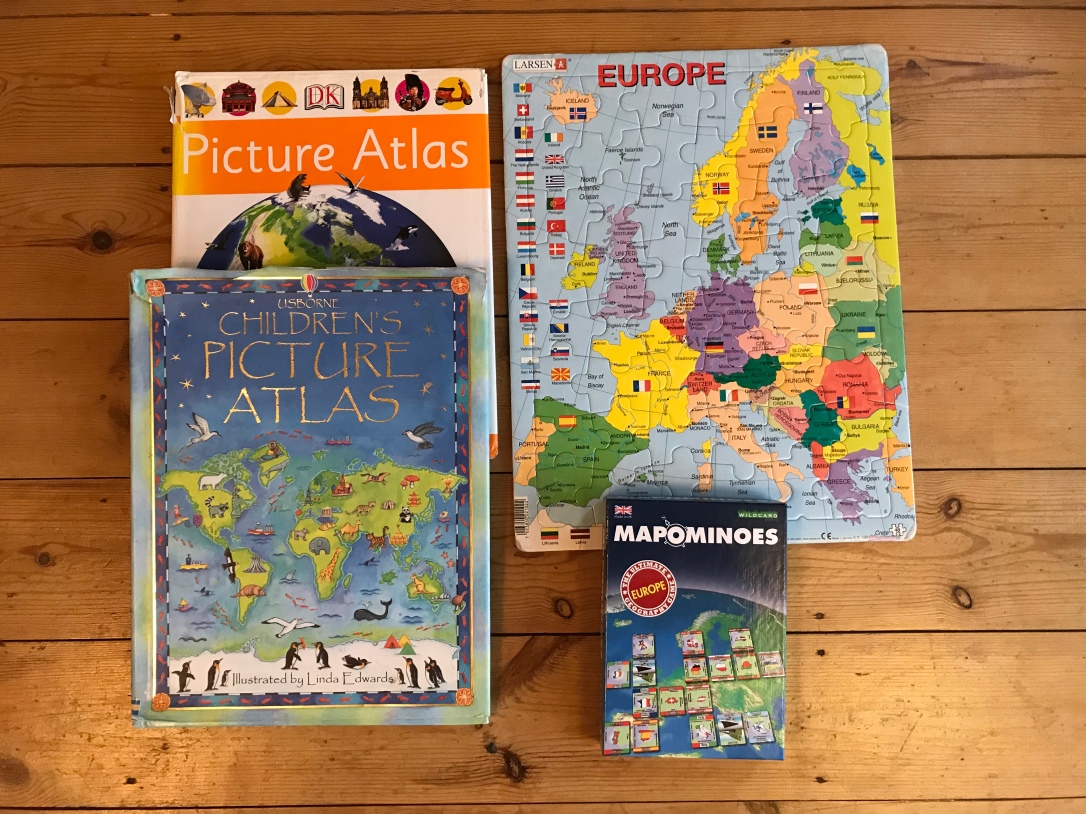 The puzzle and game are both fun ways of learning the countries.